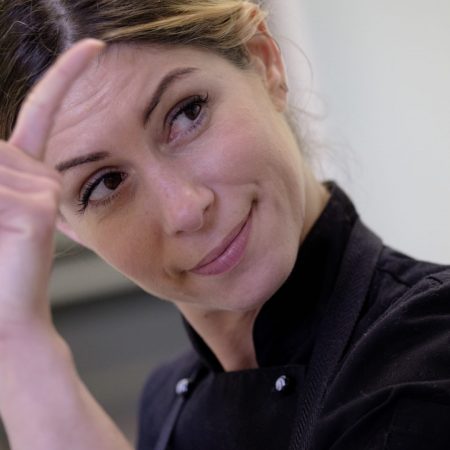 Owner & Taste Director
valentina@danoichester.co.uk
Chef Valentina is the 12-cylinder symphony of Da Noi. Born in Casale Monferrato, one of the UNESCO heritage sites and land of some incredible restaurants and vineyards, she became a passionate cook from very early age, learning the first little things about food from her beloved Nonna Marcella. Her passion took her to constantly improve herself and attend the prestigious course for Chefs at the Associazione Cuochi in Turin in 2010, run by Chef Claudio Forti.

Chef Valentina never worked in hospitality in Italy. It’s only when she moved to the UK following Fabrizio’s job that her passion started to come alive again.

She started by selling her beautiful homemade cakes by the slice at the Nantwich market, where she became really popular, followed by appearances at local food festivals demonstrations, and after that she decided to step in a few local restaurants kitchens as a sous Chef, to get herself trained up.

She realised then that she was urging to move on and create her own project, express her own ability and creativity to the full. This is that magnificent spark that ignited Da Noi.

After only one year of life under Chef Valentina’s guidance, in 2019 Da Noi has become a multi-awarded and Michelin recommended restaurant.